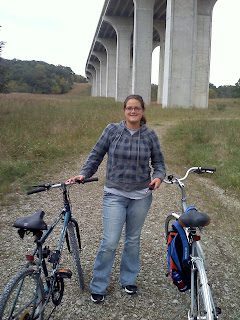 Remember those days of riding your bike around the neighborhood with your friends? You'd bike up to the corner store, spending your allowance on 5 Butterfingers, a few 50 cent apple pies and a 20 ounce cherry coke. Then you'd ride on the trails in that patch of woods a few blocks over until you got a flat tire from a menacing thorn. It ruined your day.

Eventually you turned 16 (or in some cases 18, 22, or some insanely inappropriate age) and you got your driver's license. Your bike was set aside in your parents' garage...and eventually made its way to its dusty grave next to a scarecrow and a herd of mal-nourished reindeer. And now, years later, you fear to take it down, realizing that the neglect has probably left it with no reflectors, a rusty chain and rotting tires.

FEAR NOT!! You live in the RUST BELT! This is a place where folks respect such activities as hot yoga, going to orchestra concerts, and biking! Here in the Rust Belt we are fortunate to have a thriving biking community. Biking is an efficient form of transportation, it's good for your body, and, as I recently realized, it can make you feel like a kid again. 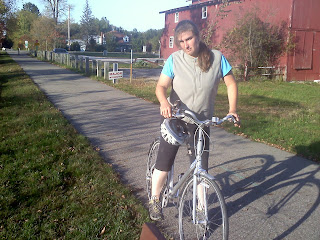 This summer my roommate wrote a 50 word essay about my obsession with sustainability. With one-liners like "a part of him dies every time he turns the key" and "his pledge to eat only food he grows himself has made him anemic,"* she certainly won the sympathies of Bike Week magazine, who awarded me with a fancy new bike (shown here, with model biker lady "M.T.").

Since getting this amazing (and free) bike in August, I've ridden to work a few times, ridden on the Towpath in the Cuyahoga Valley National Park from Rockside Road in Valley View to Peninsula and back, and ridden in one Cleveland Critical Mass event in September. I've also ridden my longest ride yet! This was a 45 mile journey from Ashtabula to Warren on the Western Reserve Greenway. This photo was taken at the mid-point of that journey.

I am not a biker. After two years of running consistently, I can now call myself a runner. But, for various reasons, including my hatred of fossil fuel dependency, the thrill of going down hill, and my desire to have great legs, I plan on being a biker again. I took baby steps this summer and will make larger strides next year (I don't trust myself on ice/snow yet...). If you are a novice biker like me, there are multiple opportunities awaiting you: 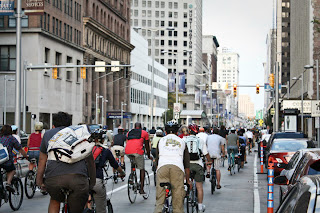 Critical Mass is a group of bikers who meet on the last Friday of the month at a certain location and ride around town together. Novice? No worries. This group is very friendly and varies from Lance Armstrong to Betty White and everything in between. The rides are typically 5 miles long. I know they happen in Cleveland (starting at public square at 6:30pm), Columbus (Statehouse lawn at 5:30), Pittsburgh (Carnegie Library on Forbes Ave @ 6pm).

There are many bike trail options in the region. You can check out the Western Reserve Greenway from Ashtabula to Warren, which is a 45 mile trail that used to be a railway. Now it is a relatively flat and straight ride through the forests and farmlands of Northeast Ohio. I went last weekend in mid-October, and couldn't have asked for better scenery. If near Youngstown you should give the Mill Creek Metroparks Bikeway a shot. This is an 11 mile trail stretch through the western burbs of Austintown and Canfield which is much like that in Ashtabula and Trumbull Counties. It starts at the OSU Mahoning County Farm, goes through neighborhoods and forest and ends at the Trumbull County Line. Not to be forgotten is the Towpath between Cleveland and Akron in the Cuyahoga Valley National Park. Here you can see great treasures such as downtown Peninsula, Boston Station and the Cuyahoga Valley Scenic Railroad. 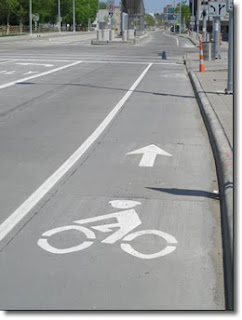 es to look for include those nifty bike lanes showing up in our cities. Euclid Avenue in Cleveland (shown here) is a great example of incorporating bikes into street design (as well as buses, pedestrians and cars). So get out there and try to bike. I'm making it a personal goal to bike at least once weekly during nice weather. OK...I know that being a fair weather biker may seem like a cop-out, but I feel that lifestyle changes become more permanent if they start with small habit changes. With all of the biking opportunity and an amazing culture of biking at my fingertips, why wouldn't I give it a shot?

*these lines from my roommate's essay may have been exaggerated for effect.

Posted by Jimbo: Cleveland at 6:04 PM 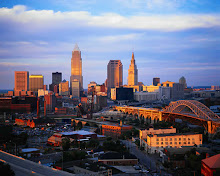 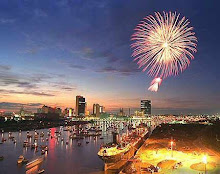 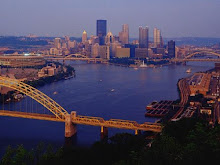 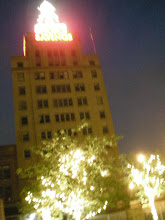